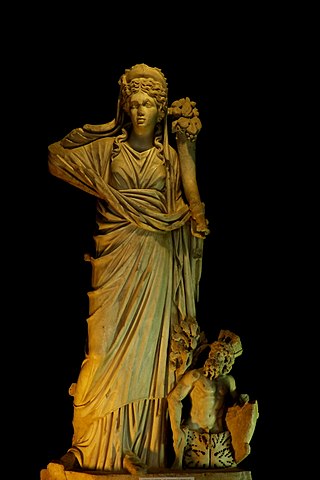 Fortuna: The solution to quantum mechanics?

There have been many attempts to tie probability to physical chance. Here, briefly and for discussion, is why I think all of them fail.

Ontology does not recapitulate epistemology

Let A be some apparatus or experimental setup; the things and conditions which work towards producing some effect P, which is some proposition of interest. For example A could be that milieu in which a coin is flipped, a milieu which includes the person doing the deed, the characteristics of the coin, the physical environment, and so forth. P = “A head shows.” A theory of physical chance might offer

, where p is considered a property of the system (I mark physical probability with the equivalence relation).

Few deny that the logical probability of P, perhaps also given A, would have the same value, but the logical probability is acknowledged properly as epistemological whereas the equivalence is seen as a physical essence or quality in the same way length or color is. Indeed, some (like Richard Johns, Howson & Urbach) say Lewis’s so-called Principal Principle must be interpreted to state that the (logical or subjective) probability should equal the physical chance. Many authors speak of credence-chance functions to avoid use of the word probability, but I have no scruples about it, thus in my notation:

The conditions A are not seen as causative per se, but only contributing to the (efficient, ontological) cause of P or not-P. What actually causes P? Well, p: the probability itself. Nobody says that outright, but that is what is logically implied by physical chance. This p does not act alone, of course, but requires the catalyst of A: A allows p to operate as it will, sometimes this way, sometimes that, or as in some quantum theories, sometimes from an infinite number of ways. Just how p rises from it hidden lair and operates, how it chooses which cause—which side of P, so to speak—to invoke, is a mystery, or, as is again sometimes claimed in quantum theories, there is no cause of P and p is its name.

Update Based on some Twitter conversations I think the main point is getting lost. That point is: probability cannot be a cause.

The efficient cause of an event cannot be mathematics or logic, a claim with which any but strict idealists would agree. And since probability is logic, at least sometimes as physical-chance theorists admit, probability-as-logic cannot be a cause. Since it makes no sense to say “nothing caused P” (or not-P), therefore since something must have been the efficient cause of P, in some situations chance itself must be the cause or partial cause. Fortuna herself, still meddling in human affairs!

If we knew, for example, the initial conditions of the coin flip, we could predict with certainty whether P is true. This knowledge is not the cause. Neither are the initial conditions the cause. The equations with which we represent the motion of the spinning object are not the cause, these beautiful things are mere representations of the our knowledge of part of the cause. No: the it’s the forces on coin itself and on its handler, all depending on the environment which are the cause.

Something caused P to be ontologically true or false. If A were a complete description of the coin flip then p would be 0 or 1 and no other number. We would know whether P. In everyday coin flips we don’t know what the outcome will be, but that’s because our premises are limited to something less than A. But some complete A does exist. And that implies that physical chance is real enough, but it only has extreme probabilities (0 or 1).

In everyday coin flips we have, or should have, the idea that the conditions change from flip to flip. There is a complete A in each case, but that A changes, and whatever is causing P or not-P is dependent on these changes. Our knowledge of these changes might be minimal or nonexistent, which is why we use coin flips to make decisions, but our ignorance is nothing to the causes operating on the coin. The study of chaos becomes instructive: sensitivity to initial conditions is a statement about A, not p.

And for something completely different

And now for the quantum elephant, the precinct in which many are happy to abandon causality. Didn’t Bell prove there are no “hidden variables” therefore either p must be a cause or else there is no cause? Well, since Bell’s arguments are probabilistic and since (or assuming) probability is not ontological, then Bell’s theorem is a statement about the limitations of our knowledge (in a certain quantum setup) and not a proof that causality stops. Anyway, where does A stop in a quantum experiment? Given the lack of locality, isn’t it the whole universe?

How about Everett’s Many Worlds? This says when the wavefunction of each of every object which “collapses” (when it “collapses”), it does so across “many worlds”, such that each possible value of “collapse” is realized in one of these worlds. The number of “worlds” thus required for this theory since the beginning of universe is a number so large that it rivals infinity, especially considering that wavefunction equations are typically computed on a continuum. Even if this theory were true, and I frankly think it is not, it doesn’t change a thing. Many worlds does not say, and cannot say, why this wavefunction “collapsed” to this value in this world.

This is already too long, but the same line of criticism can be offered for the so-called multiverse and modal realism.